Features
May 10, 2022May 27, 2022 Spling Movies beyond the screen, chaplin award, john wick 4, my neighbour totoro, shazam fury of the gods, weird al, wicked

Even more of the developments to come out of Cinemacon, plus some news of note in the world of film. Click here for our coverage of the first Avatar: The Way of Water Teaser Trailer: http://spling.co.za/movie-news/avatar-the-way-of-water-teaser-trailer-lands.

In true Dewey Cox fashion, the teaser for Weird: The Al Yankovic Story plays out all the overfamiliar tropes of the music biopic: the rapturous fans, the immense stage presence, the rise to fame, the boozy antics, the sordid love affair and the transformed lead actor. What tips things into the realm of comedy (apart from a brief glimpse at what appears to be a mixed-martial-arts-knife-fight), is that the music legend in question is, of course, king of the parody-song Weird Al. Weird will stream for free on Roku, fall 2022.

Transformers: Rise of the Beasts & Dungeons and Dragons Footage

Paramount showed off sizzlers for two of their franchise bets, one a longstanding IP not yet adapted for the screen, the other a multi-billion dollar series still going strong. Dungeons and Dragons: Honour Among Thieves’ footage dump is said to have featured some vistas and stars (Chris Pine, Sophia Lillis) in armor, whilst the latest Transformers featured a couple of… Transformers.

The John Wick franchise will receive some new blood, with Ana de Armas set to star in her own spin-off titled ‘Ballerina‘, to commence filming this summer. This news comes shortly after the trailer for John Wick Chapter 4 was shown at Cinemacon, described by director Chad Stahelski as “a little bit of a trailer and a sizzle. It’s got a little bit of action, a little bit of character, and a little bit of some of the new cast that we have in the movie. And just a little like, ‘Hey, fuck you.’”

Known for his ability to wrangle an astonishing roster of stars, Russell’s latest is a murder-mystery featuring Margot Robbie, a cleanshaven John David Washington, an eye-patched Christian Bale and, most impressively, Taylor Swift’s first screen role since the regrettable Cats in 2019. The film’s trailer (featuring Swift grieving as co-star Chris Rock dogs the victim’s coffin) premiered at Cinemacon, while a promotional still of Robbie, Washington and Bale was released to the public.

The Hunger Games: The Ballad of Songbirds and Snakes, based on the prequel novel by author Suzanne Collins, will release on 17 November 2023. The return to Panem will chart the young adulthood of future dictator Coriolanus Snow during a period known as “the Dark Days” following the first failed rebellion.

Matt Reeves, courtesy of Warner Bros., unveiled plans for a sequel to the latest iteration of the Dark Knight. The studio seems happy with the results of their return to the 45-day theatrical exclusivity window (The Batman still holds 2022’s largest opening weekend gross) and will reunite director Matt Reeves with star Robert Pattinson for the follow-up.

Bardo (or a False Chronicle of a Handful of Truths), Alejandro González Iñárritu’s return to comedy and his native Mexico, has been acquired by Netflix, to be released in cinemas globally and streamed by the end of 2022. The film’s description as “a nostalgic comedy set against an epic personal journey” seems to tie into the titular concept of Bardo; the Buddhist liminal space of transition between death and rebirth. Per Scott Stuber, film head for Netflix, “Bardo is a cinematic experience that has inspired us to create a release strategy designed for the film to penetrate culture in the biggest and widest way. We will give film lovers everywhere the opportunity to experience the film through a global theatrical release and the film’s worldwide release on Netflix.”

The latest twisted thriller by Park Chan-wook, competing for the Palme d’Or at Cannes, will see a North American and UK release, courtesy of curated streaming service MUBI. The mystery follows a detective as he falls for a widow who happens to be the prime suspect in his latest murder investigation.

The new Laika Stop-Motion film, The Night Gardener, will “paint an unflinching portrait of sacrifice, self-reliance and revenge”, and will be adapted from a Bill Dubuque script by director Travis Knight, known for Kubo and the Two Strings. Knight’s own Wildwood, adapted from the children’s novel by Colin Meloy, will have to be completed before production begins on The Night Gardener.

My Neighbour Totoro to be Adapted into Stage Play

Like Spirited Away before it, Studio Ghibli’s My Neighbour Totoro is set for a stage adaptation, in this instance by the Royal Shakespeare Company, with direction by Phelim McDermott, adapted for the stage by Tom Morton-Smith and featuring puppets by Basil Twist. Considering Totoro involves a significantly less fantastical story and setting than Spirited Away, but is just as beloved and even less reliant on plot, this is no small challenge. Totoro captures a uniquely filmic sense of place, turning the nature surrounding two young girls’ new home into a space of wonder. It will be interesting to see how the Royal Shakespeare Company goes about bringing these elements to life despite their restrictions.

Netflix’s Tudum fan site, chronicling behind-the-scenes news related to Netflix productions, has been rendered defunct by recent financial disruptions the company incurred following the announcement of their subscriber loss in the first quarter of 2022. In all, 25 employees were laid off during a restructuring of the marketing department, apparently mostly from Tudum, as editors took to Twitter to announce both their need for work and their displeasure over the incident. The Tudum team was largely made up of women and people of colour, some of whom were coaxed to move to Los Angeles for a rare opportunity, only to be let go months later, with a mere two weeks in severance pay. Netflix’s PR continues to fumble.

Universal’s mega-budget adaptation of the smash-hit Broadway Wizard of Oz reimagining (itself adapted from a Gregory Maguire novel), starring Cynthia Erivo and Ariana Grande, will be released in two parts, an unprecedented move in the age of musical bombs. Part One will see release in December 2024 and Part Two a year later, both from Jon M. Chu, the man behind 2021’s In The Heights.

The follow-up Shazam! Fury of the Gods, after previously moving from June 2023 to a December 16th opening, has been delayed by a matter of days, shifting to December 21st. Speculation presumes the move was made to avoid opening on the same weekend as the much-anticipated Avatar: The Way of Water, with director David F. Sandberg cracking wise on Twitter; “You’re welcome, Cameron!”.

Blanchett is the second-youngest ever recipient of the Lincoln Center’s Chaplin award, an extremely prestigious honour previously bestowed upon follow actors like Robert De Niro and Meryl Streep, and towering film industry figures like Alfred Hitchcock and Billy Wilder. Blanchett accepted the award with a humble reverence for the pantheon that she now stands alongside of, stating: “I don’t even know how to express it because you look at… previous honorees, and they’re so eclectic, but… all of them are people who’ve had a deep influence on the American cultural landscape and on filmmaking at large internationally… Hopefully, I can make it out of the building without them taking the award away from me.” 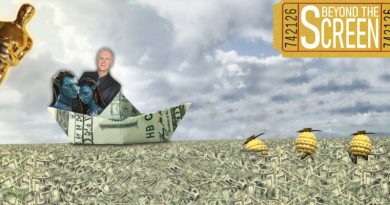 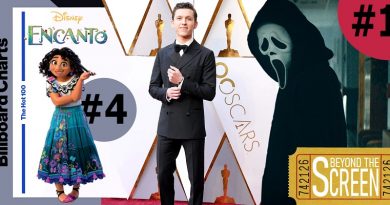 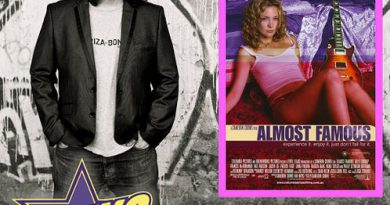