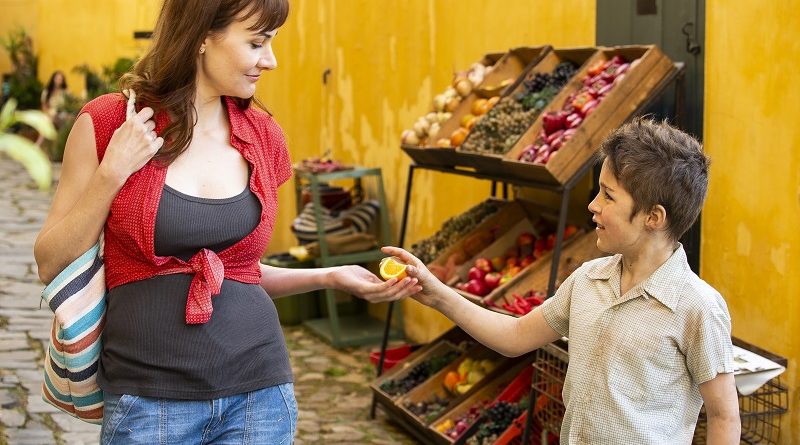 Bonnie Rodini is the co-screenwriter and producer of The Story of an African Farm, a family drama directed by David Lister and starring Richard E. Grant. Based on the 1883 novel of the same name by South African author Olive Schreiner, this film took well over a decade to come together. The same can be said for Rodini’s latest movie, an indie romance comedy drama about Olive Papadopoulos’s Greek misadventure in the tradition of My Life in Ruins, Shirley Valentine and The Durrells.

Rodini started writing the first draft of the script while visiting family at a small Grecian village called Galaxidi. After 15 years of trying to raise financing for her passion project, and after several promising developments fell through, the Covid-19 pandemic undermined the global film industry. Being the eternal optimist, the stubbornly courageous and determined Rodini decided that she would make lemonade by going ahead with Good Life. Raising the money she needed on her house, Rodini decided to relocate on-location shooting to Cape Town and negotiated with cast and crew to work at reduced rates.

An inspired decision, constrained by flight restrictions and lockdown, it seems Good Life was bound to happen one way or another. The irony of it happening mid-pandemic when many professionals in the film industry were experiencing the exact opposite, Good Life is much more than just a movie. Brave or foolish, the context frames this lighthearted “international” romcom jaunt, which created employment and leveraged resources to breaking point. Having two decades of experience in the TV and film industry, Bonnie is best known for her work as a casting director. While instrumental in the creation of The Story of an African Farm as a co-writer and producer, Good Life marks her debut as a director.

Erica Wessels is a prolific actor, best known for Alles Wat Mal Is, The Harvesters, Hatchet Hour and I Am All Girls. When Rodini approached her in hard lockdown in a bid to reprise her role from the pilot made some 10 years earlier, Wessels was convinced she wasn’t right for the part any longer. After some persuasion, Wessels took up the challenge of a role now in a different phase of her life. To her credit, the charming, grounded and dependable Wessels recaptures the essence of Olive, a brokenhearted oral hygienist who flees Cape Town to locate a family home in Greece.

“Damnit, she had me at hello.”

While there’s a Bridget Jones in Greece undercurrent, Good Life harnesses the talents of a burgeoning cast between Cape Town and Greece as Olive befriends a 7-year-old refugee and faces the scorn of embittered villagers. Casting requires intuition and it’s no surprise that this is one of the strongest elements in Good Life. Rodini’s knack for reading people elevates the oddball community that make up this light and bubbly small town affair. The comedy drama romance’s supporting cast features Robyn Scott, Sven Ruygrok, Nicky Rebelo, Leon Clingman and Caleb Payne as Jet. Scott and Rebelo add a healthy dose of bitter and sweet to Good Life with solid performances. Clingman ramps up the comic relief as an inspector while Ruygrok’s local Romeo and Payne’s street urchin charm vie for a place in Olive’s heart. Also, look out for some fun cameos from familiar favourites.

Spinning off a number of supporting acts, Good Life is sweet and even charming thanks to its game cast but it’s also thinly scripted and a bit repetitive. The novelty wears off as you start to realise the romance comedy drama doesn’t have any more gears, lacking the story depth and character focus to offer much more than breezy and light entertainment. While the Nikos-Olive relationship is fun-spirited, it could have been developed beyond the confines of a superficial summer fling. Harnessing a TV quality, the slow pacing and holiday setting make Good Life amusing, but it’s too straightforward to conjure up much more substance beyond its wispy themes around family, community and curses.

A passion project made on a shoestring budget, this is a gentle, sweet and ambling movie, somewhat reminiscent of the small town comedy drama series Doc Marten for setting, story and character focus. Shot entirely in South Africa, production design and location scouting helps set the scene for a modest film created in winter during the Covid-19 pandemic. While an admirable effort to emulate Greece with an anchoring soundtrack and some choice aerial photography, “faux Greece” is never quite as idyllic or picturesque as the clichéd version expressed in movies like Mamma Mia.

Good Life would’ve been better served as a series or miniseries, giving the characters the luxury of time for further exploration, greater development and more emotional investment. Given its limitations, modest budget, shooting and travel restrictions, there’s still much to admire even if the overall feeling is a little vanilla. Imbuing heart, spirit and warmth, this harmless feel good romance comedy drama is deeply flawed and lightweight but still has its place. While better served to people unfamiliar with Cape Town’s sights and sounds, Good Life will find an audience with those wishing to enjoy some easy-going and undemanding summery holiday escapism.

Shaleen Surtie-Richards: I Am Who I Am

Movie Review: Father Christmas is Back