John and the Hole is a strange and unsettling thriller. The simple title becomes ironic and minimalist when you discover a much more nuanced and human story beneath it all. The name conjures up images of Little Timmy getting stuck down a well and his remarkably intelligent dog calling for help until just when you think it’s too late… it’s not. The concept has worked for everything from MacGyver to 3rd Rock from the Sun and for a long time seemed to belong in the realm of television. Now that cinema and television are converging to the point where actors are comfortable to play on both sides, it seems pretty organic for a film like John and the Hole to emerge.

It’s easier to get the drift if you know that it was penned by Birdman’s screenwriter, Nicolás Giacobone. The simulated single shot drama kept close quarters with its actors, created claustrophobic paranoia and a chronological spontaneity. Some of these award-winning aspects bleed into John and the Hole, a story about a son who decides to usurp the privileges of his elders by imprisoning his family in an abandoned and incomplete bunker in the nearby woods. Family politics can make a bomb shelter seem like a nifty idea but what makes this drama eerie is that no one knows John’s true motivation or intentions. It’s the same enigmatic thing that compels Michael Myers to pursue and kill in Halloween, except this thriller holds back more humanity.

The psychological thriller and family portrait comes across like an artful blend of Don’t Tell a Soul, We Need to Talk About Kevin and Home Alone. The Rainn Wilson crime thriller Don’t Tell a Soul also hinged on a young actor and dealt with a similar scenario where a perpetrator accepts warden duty. The “Kevin” aspect from We Need to Talk About Kevin is quite blatant as the film progresses, channeling seriously creepy energy from a kid who could have turned into a school shooter. Gently going about his business with cold, calculated and psychotic precision, his apparent apathy for his parents and sister’s well-being builds tension. McCaulay Culkin, another “Kevin” from Home Alone, went on to play The Good Son and shares some similarities with John as he takes it upon himself to live it up in the empty nest with unlimited video games, pizza and TV time.

Following a little creep whose hairstyle recalls Lou Taylor Pucci in the slow, moody film Thumbsucker, John’s played by rising star, Charlie Shotwell. He delivers, taking on the weight of responsibility as a titular character and tonal mascot who rarely misses a frame. It’s the kind of haunted and disturbed kid role that could have gone to Haley Joel Osment in his child actor days but belongs to an equally accomplished young talent in Shotwell whose credits include: The Nightingale, The Glass Castle and Captain Fantastic. While Shotwell’s been acting professionally since the age of 6, this role calls for a more naturalistic and subdued performance, using mannerisms and styling to make for an unsettling and insular character portrait.

The sharp casting extends to Michael C. Hall better known to the world as Dexter, offering some insight into John and the Hole‘s unique perspective. In Dexter, the anti-hero is a serial killer. Leveraging a similarly empathetic viewpoint and casting call heightens suspense as unpredictability festers in the shadows. Michael C. Hall, Jennifer Ehle and Taissa Farmiga offer sturdy supporting performances, getting down and dirty for a literal immersion. Their characters could have had more substance but there’s some purposeful distance to the undercurrent of dysfunction as John keeps them captive.

While John and the Hole parallels several films, it’s not quite as accessible, steering more in the direction of We Need to Talk About Kevin’s artful and sinister handling. Taking its time, Pascual Sisto is self-assured in his directorial debut… using many extended shots to compose an otherwise peaceful situation where a wealthy family’s estate becomes their prison. An elegantly shot production, John and the Hole counterbalances the sleek lines of a modern mansion against its lush natural environment and dilapidated bunker. Keeping the script’s dialogue sparse, John and the Hole does its storytelling through pristine visuals, using words sparingly to enhance atmosphere and tone.

Whilst mucking about at home without any supervision, John gets a chance to bask in the privileges of being an adult and experiencing the same alienating setbacks of modern adult life. Offering a perspective on medicated America, there’s a strange numbness that begins to make the hole more about John’s soul and the endurance of family than a bunker. This provocative concept keeps the psychological thriller edgy as the filmmakers taunt audiences with the degree of eerie and haunting possibilities. While atmospheric, promising and beautifully presented, John and the Hole may be too subtle for its own good. Teasing outcomes, it’s failure to deliver on this wispy promises amounts to a series of haunting anti-climaxes. Taking so much time to offer a slow-burn and slow-build of suspense, one would expect something much more sinister.

John and the Hole‘s resolution has its own haunting quality that will linger with more question marks around a bolt-on subplot but apart from some majestic moments, the net result is that it falls short of its true potential. There’s almost a disappointment in John not following through like his tennis coach would have him do 300 times. Not every film has to be predictable or violent and perhaps there’s something to be said for the viewer’s own blood lust. While the darkness threatens to run amok, it’s strange how our judgement of the boy’s deranged behaviour isn’t actually as far removed from our own as we would like to believe. John and the Hole may get more in-depth analysis and credit depending on where Sisto’s career takes him but right now the feeling is that it underdelivers on promises. 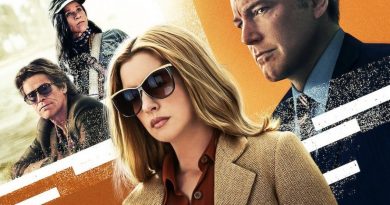