Spling reviews Everything, Everywhere All at Once, 12 Mighty Orphans and Scream as broadcast on Talking Movies, Fine Music Radio. Listen to podcast.

This week, we’re talking about an action-adventure sci-fi comedy drama, a sports drama and a horror comedy.

Starting off with a film now on Prime Video…

EVERYTHING, EVERYWHERE ALL AT ONCE

An aging Chinese immigrant is swept up in an interdimensional adventure, where she alone can save the world.

– While possibly inspired by The Matrix, Kung Fu Hustle and the rip-roaring success of Parasite, Everything, Everywhere All at Once conjures up an imaginative, inventive and experimental sci-fi action-adventure comedy anchored by heartfelt and soulful human drama.
– Finding a way to essentially channel-hop between parallel dimensions and lives, Evelyn tumbles down a rabbit hole to enter a fractious universal consciousness in a bid to rescue her daughter, marriage, family and by extension the world.
– Playing a determined, resistant and resonant Evelyn is Michelle Yeoh whose multi-faceted performance finds her inhabiting many variations of her character.
– If Yeoh is the heart, she’s supported by Stephanie Hsu as the mind in her angst-filled daughter Joy and Ke Huy Quan as the soul in an ineffectual wimp with a warrior alter-ego loosely modelled on all things Jackie Chan.
– While Everything, Everywhere All at Once starts off slow, it moves at a relentless pace with a whirlwind edit and eye-popping visuals to keep you transfixed.
– This film is right up there with The Lego Movie, Spider-Man: Into the Spiderverse, Kung Fu Hustle, The Matrix and Mad Max: Fury Road for sensory bombardment, maddening intensity, visual audacity and sheer brilliance.
– Yet Everything, Everywhere All at Once is modest, maintaining a realness through its sets and costume and captures an otherworldliness and shape-shifting quality without distraction thanks to its homegrown VFX.
– Overwhelming, overlong and even juvenile at times, the climactic finish elevates it from the realm of a pure popcorn rollercoaster of the highest order into something deeply moving and truly special.
– In spite of its flaws, it works so hard to present its mesmerising insanity in a pleasing way that you can’t help but appreciate everything, everywhere all at once.

A devoted high-school football coach leads a scrawny team of orphans to the state championship during the Great Depression.

– 12 Mighty Orphans is a typical underdog coming-of-age sports drama about an unlikely football team who managed to do the unthinkable.
– While there are familiar trappings to make this formulaic and even cliched drama a bit old hat, it’s refreshed by its historical significance offering a biographical context for one of America’s most famous coaches and Hall of Fame players.
– Tracking with the Mighty Mites, 12 Mighty Orphans finds a coach training up a side from scratch and employing influential game tactics to change the face of the sport forever.
– Leaning on its name cast, Luke Wilson and Wayne Knight deliver the kind of dependable performances we’ve come to expect from them with Martin Sheen chiming in with a charming and heartfelt turn as a doctor turned assistant coach.
– The pick of the orphans as a player and actor is Jake Austin Butler as spirited outsider and determined rogue, Hardy Brown.
– A period drama, the filmmakers have gone to great lengths to ensure the film’s authenticity by way of old buildings, vehicles, wardrobe and kit.
– While fairly predictable, 12 Mighty Orphans adds up to a satisfying, rousing and crowd-pleasing sports drama, recalling many of the old genre classics.

And finally a movie on Showmax…

A new killer dons the Ghostface mask and begins targeting a group of teenagers to resurrect secrets from the town’s deadly past.

– Responsible for The Last House on the Left, The Hills Have Eyes and A Nightmare on Elm Street, horror classics that have all been remade, it seemed inevitable that with Craven’s influential ’90s slasher Scream would eventually get the same treatment.
– Now in the wake of his passing, the honour fell to Ready or Not’s co-directors, who have in essence made a requel rather than a reboot.
– Craven turned the slasher inside out, poking fun at a subgenre that ironically just wouldn’t die along with its villains in the ’80s.
– Being self-aware, using the genre’s clichés to lampoon itself and spin off in different directions, the ironic horror intensity emblazoned a new horror franchise.
– Now onto Scream 5, simply titled Scream, the filmmakers have taken on a tricky balancing act to revive the franchise as a tribute to Craven as well as appeal to modern audiences in a stand-alone fashion.
– Picking up 25 years after the streak of brutal murders by a Ghostface killer, much like It, the survivors reunite to put an end to it all.
– Sporting a diverse next-generation cast, these teenagers reference a Stab film series to poke fun at the Scream franchise, re-engineering many classic scenes with a modern verve, social media, inside jokes and the odd twist.
– It pales in comparison to the original, much like the sequels, using its modest budget to inspire creativity.
– The new Scream is competent, entertaining and suspenseful enough to keep the slasher’s flame burning with all the trademark elements.
– Trying to appease old fans and introduce new audiences, it injects wink-wink humour, enough kills and creepy surprises to honour the lore and retro charm of the original.
– A tricky balancing act and love letter, it’s fresh enough to warrant…

EVERYTHING, EVERYWHERE ALL AT ONCE… mesmerising visuals, iconic performances and deeply moving human drama compel this sci-fi action-adventure masterpiece… A near-perfect 9

SCREAM… a modest yet competent reboot, sequel and refresh tips the hat to Craven and reignites the Scream franchise… A satisfactory 6! 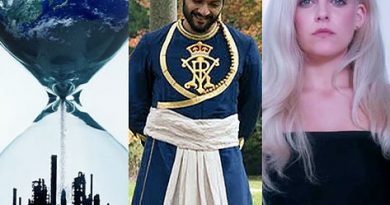 Talking Movies – An Inconvenient Sequel: Truth to Power, Victoria and Abdul and We Don’t Belong Here 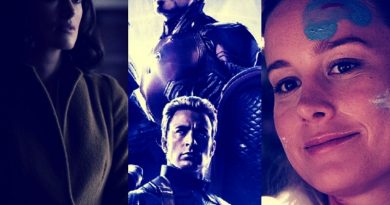 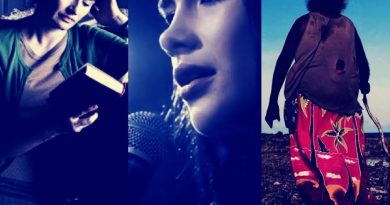