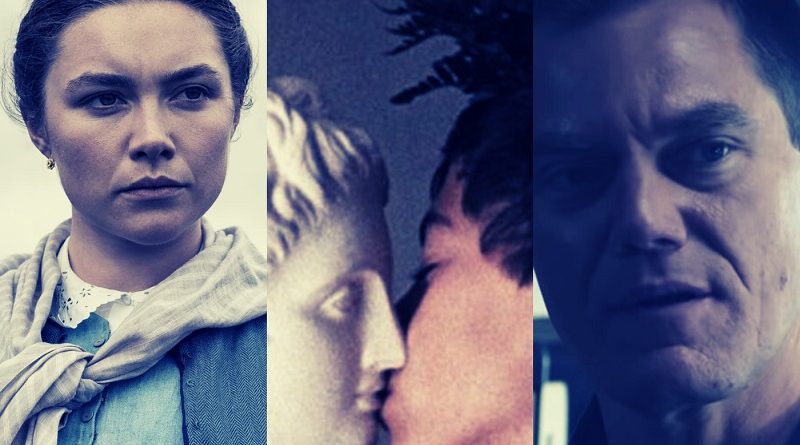 Spling reviews The Wonder, The Metamorphosis of Birds and Pressure Point as broadcast on Talking Movies, Fine Music Radio. Listen to podcast.

This week, we’re talking about a period mystery drama, a biographical docudrama and a coming-of-age sports drama.

A nurse and a nun are commissioned to observe a healthy girl who has not eaten in 4 months.

– Florence Pugh continues to make strides in Hollywood, delivering a noteworthy performance in this period mystery drama.
– A portrait of strength and defiance, The Wonder benefits from Pugh’s convincing, determined and steady presence.
– Starting with a behind-the-scenes shot, a curious narrative device serves as bookends, transporting you into the age in style.
– A strange artistic choice that reverberates, it adds dimension as well as distance, underscoring the brilliance of the production design.
– The Wonder moves from rural landscapes to its interior scenes quite seamlessly, only offering a shadow of doubt based on the introduction.
– Bolstered by Pugh’s pure conviction, exquisite sets and an intriguing story, this is further enhanced by its unsettling atmosphere.
– While it starts like the antithesis of The Exorcist, things begin to plateau as the fog lifts on what seems to be a miracle.
– The Wonder is visually striking, well-acted and even immersive, yet its stumbling stone is foundational, relating to the story itself.
– Leaning into the supernatural, the intrigue quickly evaporates as shadows are cast out, creating a vacuum where empirical evidence is disallowed.
– Watching from our modern vantage point, the dramatic tension seems quite ludicrous as the instigators simply want to reinforce their ignorance.
– Dealing with superstition, perhaps this society’s prejudices needed to be better explained in their attempt to create a scapegoat.
– As it stands, the period drama is vivid and strong enough to override the preposterous, mostly compelled by Pugh’s unflappable spirit.

THE METAMORPHOSIS OF BIRDS

This multigenerational tale focuses on a Portuguese family as a mother and her children cope over months and years with father away at sea.

– The Metamorphosis of Birds is the equivalent of sifting through a family memory box, comparable with Amelie’s quirky sentimental sway and Wes Anderson’s retro magpie appetite.
– One of the most unusual films you may ever see, it’s strangely hypnotic in the way it melds sound and visuals, echoing the Instagram generation with its screen format, manicured visuals and storytelling devices.
– There is no dialogue, no typical character interactions or traditional sense of continuity, instead embracing a poetic lyricism.
– Driven by narration rather than performance, it’s as if people are reading letters, with the language ranging from meditative to poetic.
– Keeping a steady rhythm, The Metamorphosis of Birds is strangely calming and soothing even.
– Taking the time to create a stream of dreamlike sequences, it harnesses magic realism to maintain a retro otherworldliness.
– Somewhat alienating in contrast to traditional filmmaking, its family photo album nostalgia and rich emotional hues compel it as a work of innocence and wonder.
– While infrequent, there are a few moments where the art’s whimsy verges on absurdist comedy.
– As eclectic as it is, the introspective tone remains constant, offering some grounding to an otherwise lofty and surreal slow cinema experience.
– As The Metamorphosis of Birds comes in to land, its persistence-of-memory storytelling comes full circle as reality is sifted from fairy tale.

A dysfunctional rowing team’s lives are changed forever when an army vet takes over as coach.

– It’s refreshing to see Shannon taking such a pivotal role in a coming-of-age sports drama, upscaling this production by his presence alone.
– Delivering a typical performance, something ranging between Robin Williams in Dead Poet’s Society and Pat Morita in The Karate Kid, there is an ’80s nostalgia to this straightforward “no I in TEAM” throwback.
– Produced by the Winkelvoss twins, also keen rowers whose story is at the crux of The Social Network, it’s surprising there haven’t been more rowing films.
– Anchored by Shannon, the drama centres on a bitter rivalry around team leadership as well as the integration of a transfer student.
– While fairly predictable, this drama intertwines several coming-of-age stories together quite nimbly without spoon-feeding, allowing for tensions to emerge naturally.
– The paint-by-numbers formula builds as familiar dynamics play out, yet as satisfying and stirring as this underdog tale is, a rather shocking development throws everything into chaos as the team is forced to regroup.
– A bold move, it refreshes the well-worn Mighty Ducks style narrative as the spotlight shifts dramatically… yet as much as it tries, it never recovers from the gut punch.
– Thankfully, this serviceable sports drama is spirited, rousing and entertaining enough to power through, thanks to Shannon’s dependable role as coach, ending on a high.

THE WONDER… a sharp lead, vivid production design and an unsettling atmosphere smooth over precarious mystery drama… A satisfactory 6! 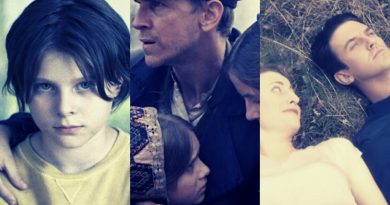 Talking Movies: Playground, The Emigrants and I’m Your Man 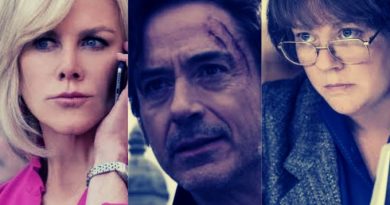 Talking Movies: Bombshell, Dolittle and Can You Ever Forgive Me?