This week, we’re talking about a documentary, a mystery drama and a semi-biographical sports comedy drama.

Starting off with a documentary on M-NET…

Years after a car accident leaves a woman paraplegic, she endeavours to complete a tough half marathon trail event completely unassisted in a wheelchair.

Following in the wake of Against All Odds, comes Unstoppable, a triumph of the human spirit story that follows a fitness coach who undertakes the challenge to do a grueling endurance race in a wheelchair. Unstoppable draws an emotive quality from its nostalgic photo album bits, introducing present-day Rebecca and retracing the events that led to her L1 paraplegia. A spirited, tenacious and proud young woman, the documentary’s title speaks to the same never-say-die attitude she lives by, echoed through interviews. A real fighter, this tender and tenacious account of her story centres on the big race day and preparations in getting mentally and physically prepared to conquer an off-road event not geared towards wheelchair-bound competitors. Taking the same course, the documentary is filmed on an alternative day in order to have more time and space to capture the monumental achievement. While fairly predictable in terms of the story’s grand buildup and retrospective, things don’t go to plan, forcing the filmmakers and Rebecca to problem solve on-the-fly. Determined not to have any assistance, Rebecca’s defiant spirit comes through even more strongly as the documentary takes a few twists-and-turns. A beautiful opening sequence sets the tone for this sports documentary, adding a level of finesse that sustains. Offering a unique perspective, creating awareness about living with disability and choosing to win the mind over matter game every day, Unstoppable is a true inspiration. This fiery character portrait is compelled by a tough beauty, making it an honest, entertaining and enjoyable human interest piece.

A woman in New York, who seems to have things under control, is faced with a trauma that makes her life unravel.

Based on the bestselling novel of the same name by Jessica Knoll, comes Luckiest Girl Alive, a character study mystery drama about a glossy New York magazine features writer who is forced to confront her old life. Starring Mila Kunis, the actor commits another full-fledged dramatic performance to screen without breaking stride after a successful outing in Four Good Days. While difficult to like, the character’s complexity and duality compel the story as her inner monologue and seemingly perfect life and career clash. Ambitious, strategic and seething, Kunis harnesses the intensity to deliver a calm-like-a-bomb performance. Struggling to come to terms with her involvement in a school shooting, past traumas breach the surface as she is coerced to vindicate herself as part of a documentary. Deliberately cold-blooded, there is a slight disconnect when it comes to empathy for the lead, whose disposition becomes more justified as her dark repressed memories unfurl. Luckiest Girl Alive is a bold and unflinching chronicle, which is naturally edgy by virtue of its timely intersection between sexual violence and school shootings. Effectively blending The Devil Wears Prada and American Psycho, the take-no-prisoners approach is refreshing even if somewhat alienating. Thriving on a solid lead performance, edgy subject matter, a seesawing character study and highflying lifestyles, Luckiest Girl Alive is more fascinating than satisfying.

A kid must decide between choosing the future his father wants and following his dream of becoming a pro skater.

North Hollywood is a biographical coming-of-age sports comedy drama, loosely based on Mikey Alfred’s life and relationship with his father. Aiming for an immersive quality, there is a gritty Saturday Night Fever undercurrent as the lofty daydreaming is scattered by a cold hard reality. Vince Vaughan plays a father, paying tribute to his sharp supporting role in Into the Wild as a tough love mentor, trading his usual charming motormouth comedy for a more direct and serious turn. Leveraging this core father-son dynamic, much like the film Material, North Hollywood has a school of hard knocks sensibility as their difference of opinion lead to much head-butting and ill discipline. Growing up on the streets, North Hollywood has heart, humour and some hard-hitting moments that shape and influence the foolish young man as he attempts to get ahead of his peers. Featuring real skateboarding sequences, a cross-section of North Hollywood during a skateboarding boom and many of the vices and catchphrases that characterise the age, this coming-of-age sports drama is spurred by a nuggety optimism. Spirited performances, unaffected retelling, raw honesty and an eclectic soundtrack distinguish this hardy and tenacious movie about following your dreams at all costs. North Hollywood is entertaining, even if not entirely appealing, avoiding the scenic route to offer a timeless exploration of cutting the proverbial apron strings.

UNSTOPPABLE: THE REBECCA NAGEL STORY… a visually-striking, tender yet tenacious character portrait and spirited triumph over adversity… A satisfactory 6! 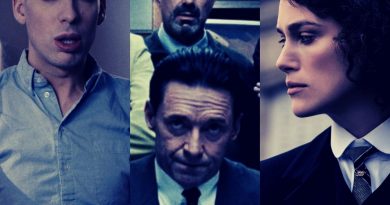 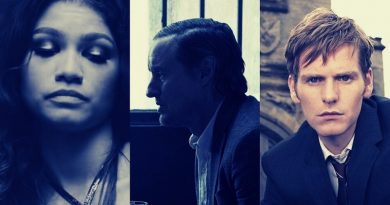 Talking Movies: Clouds of Sils Maria, Skin and The Willoughbys