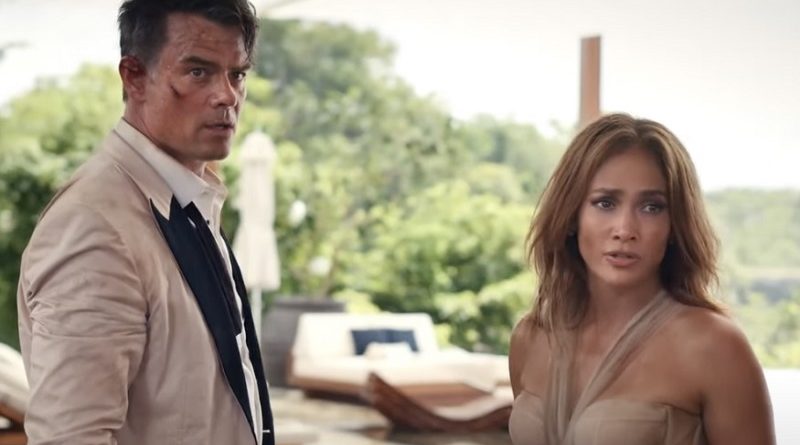 Shotgun Wedding has an intriguing premise, which essentially transforms a romantic comedy into a modest yet fun action comedy when a couple’s destination wedding is hijacked by criminals. Typically associated with an enforced wedding due to an early pregnancy, the term takes on new life as a spring-loaded pun. Directed by Jason Moore, who’s best known for the spunky Pitch Perfect film series, things don’t devolve to karaoke but do retain a happy-go-lucky verve as the sound of wedding bells turns gunfire.

Having reignited the Romancing the Stone energy with The Lost City starring Sandra Bullock and Channing Tatum, Shotgun Wedding isn’t far off the adventure trail, as an island paradise becomes the stomping ground for marauding pirates. Jennifer Lopez and Josh Duhamel match the odd couple spark of The Lost City for this entertaining jaunt. An unusual genre mix for both stars, the duo enjoy surprisingly good chemistry as they’re forced to rejig their dream wedding, ably supported by the likes of Jennifer Coolidge and Lenny Kravitz.

Shotgun Wedding starts like a romcom as a delightful wedding party of oddballs descend on a picturesque venue as if the sole purpose of the movie is to amuse through a series of awkward “meet the parents” and “who have I married?” moments. Keeping things offbeat with some funny character dynamics around the in-laws and long lost ex-boyfriend, wedding jitters quickly turn into a dangerous hostage scenario.

“Frankly, I thought we’d save all the action for the honeymoon.”

Moving from saving the date to saving the day, the bride and groom become the island’s best hope as violence and comedy escalate simultaneously. Going from glitzy to gritty, the Die Hard meets Mr and Mrs Smith scenario has its charms but doesn’t hold back when it comes to action. Retaining a twinkle-in-the-eye sense of fun, Shotgun Wedding powers home thanks to its simple yet curious concept, circus of characters and self-assured co-stars.

Shotgun Wedding isn’t as good or bad as you’d imagine, taking enough risks to remain exotic, yet stagnating within the limitations of its fun-spirited, yet superficial and comical handling. Keeping things light and breezy (apart from the body count), there’s little thought to character depth. Playing to visual gags and loony tunes kills, Shotgun Wedding is more concerned with situational and absurdist comedy than trying to mine the story for meaning. Harnessing its fun co-lead chemistry and refreshing wedding reinvention concept, this romance action comedy amounts to a curiously violent and rather lightweight amusement.