From the outset, you may think White Noise has got something to do with race relations. However, the title literally references that static sound used by some open plan office spaces to create a low hum. Maybe it’s got something to do with floating in amniotic fluid or just a case of trying to downplay the multi-sensory overload of simply being. Either way, it’s this farming on the inside of a ping pong ball philosophical exploration of life and death that makes even the most ordinary moments fascinating in the world of White Noise.

Once regarded as impossible to adapt, Don DeLillo’s ‘White Noise’ has now been successfully adapted to film by Marriage Story writer-director Noah Baumbach, making it much easier for students studying post-modernism to get the gist without having to read the book. Dealing with artifice, capitalism and “packaged death”, much like preparing for the essay, it helps to have had some exposure to the novel’s themes (and cliff notes) for greater appreciation.

Going to some dark places, White Noise is never discordant enough to completely derail but will leave many viewers scratching their heads with Baumbach’s faithful adaptation. Centred on Prof. Jack Gladney, Adam Driver’s body transformation and strange accessibility make him the golden thread, offering a sense of continuity even when things go from weird to surreal. Supported by Greta Gerwig, Sam Nivola and Don Cheadle, the seemingly mundane becomes the stuff of dark comedy and hilarious musings.

“This is how serious I am.”

White Noise starts like a cinematic sitcom blend of Seinfeld, Arrested Development, Donnie Darko and The Wonder Years in the key of Jesse Eisenberg. Focused on a domestic family situation, amusing dialogue and references spin entertainment out of nothingness, carried forth by self assuredness in spite of a non-existent laugh track.

Entrenched in the 80s, the dark temperament and throwback soundtrack is reminiscent of Donnie Darko, while the warmth and nostalgia echoes the dreamy and gentle turmoil of The Wonder Years. While Jessie Eisenberg is nowhere to be seen, his smart, witty, self-deprecating and cerebral whimsy abounds as high-level discussions are counterbalanced by wry humour and ordinary crises.

White Noise starts strong, crafting its own fun, retro and quirky world much like Juno, only to skid into the gloom, shadows and hallucinatory vibrations of Inherent Vice. While it has the heart and entertainment value of a university-level National Lampoon’s Vacation with an equally lovable goofball leading the charge, the overarching and lofty themes remain just out-of-reach, nullifying layered efforts with a quizzical and dangerous final detour.

White Noise makes for a fascinating viewing experience, largely capturing the spirit of the source material but ultimately alienating its characters and in doing so, the audience too. It’s a big swing for Noah Baumbach who repurposes his offbeat comedy drama with the help of regulars, Greta Gerwig and Adam Driver. Unfortunately, while it starts with aplomb and momentum… the third act undermines much of the gains. 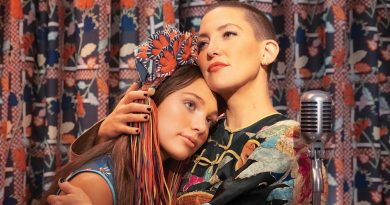 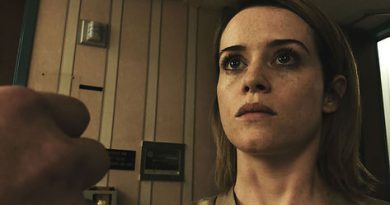 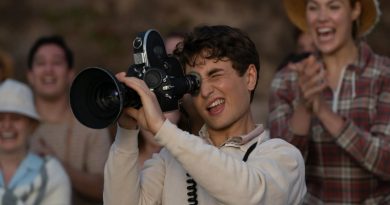