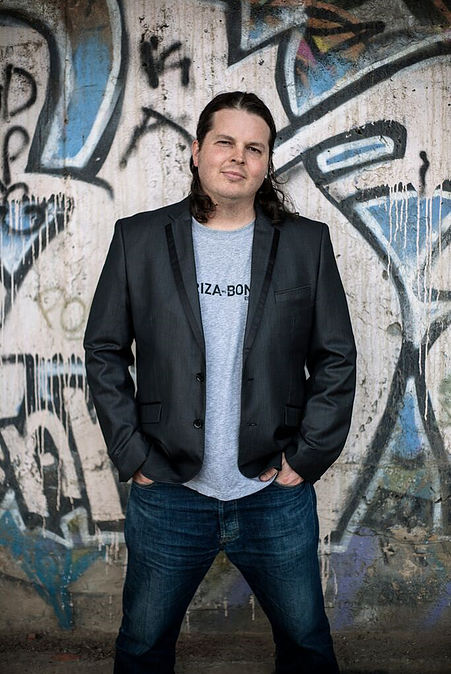 The story so far…

Stephen Aspeling, better known as “Spling”, has been a film fanatic since he first watched the psychedelic elephant dance from Dumbo in the early ’80s and a movie critic since 2007.

The SPL!NG brand began its journey when Spling created a website in order to review a film a day for a year. This “blog” proved Spling’s undying passion for film and served as a calling card for his writing, leading to organic opportunities across other platforms, publishers and broadcasters.

A creative thinker and seasoned film critic with over 15 years experience, Spling’s keen insights have proven to be vital to screenwriters and directors who have come to trust his direct, detailed and valuable feedback and suggestions. Having been called on to “give notes”, Reviewmyscript.com was created in order to officially assist filmmakers in drafting or fine-tuning their scripts and films at any stage from inception to final cut.

You can find out more about Spling’s current or previous media affiliations and what’s been said about him below.

Spling’s balanced perspective means that his taste in film caters for art house and commercial movies. Each movie is reviewed on its own merits, both in terms of entertainment and artistic appreciation.

Get in touch if you’re looking to promote your film or brand through SPL!NG’s channels via custom social media campaigns or greater online presence.

SPL!NG can tailor an online campaign to help you reach and connect with a niche audience of movie lovers, whether you’re ramping up attendance for a local film release on a limited budget or planning on driving a more involved and intensive awareness campaign for your film or brand.

On his journey with Spling Movies CC, better known as “SPL!NG”, he’s garnered a wealth of experience, special insights and knowledge on the film world partnering with companies such as Ster-Kinekor, Times Media, Loot.co.za, EDGE for Men, Longbeach Brewery and TNT Africa.

With the continued support of 5k fans on Facebook, 1.9k followers on Twitter and a reach of up to half a million, SPL!NG has been able to generate great interaction levels and impressive measured results with a reach of up to 100,000 per month. Contact SPL!NG for our rate card.

What’s been said about Spling?

“Finally someone who’s opinion I can trust and learn from.” – Henk Pretorius, Director

“I look forward to Spling’s review… amazingly it all sounds so fresh and spontaneous.” – Fiona Chisholm, Columnist

“Spling is our go-to man for fresh movie reviews. He knows his stuff and we trust his reviews.” – Mike Joubert, Editor TechSmart.co.za

“Spling always has something intelligently relevant and current to say and covers the important independent films and filmmakers and not just the obvious blockbusters.” – Stelio Savante, Actor

“I am impressed with Spling’s ability to distill the essence of a film.” – Matthew Kalil, Author, The Three Wells of Screenwriting

“Spling movie reviews are anyone in the knows first choice when it comes to movie reviews in South Africa. He tells it like it is. He gets a Timeless 10 out of 10!” – Seth Rotherham, Founder & CEO, 2Oceansvibe Media