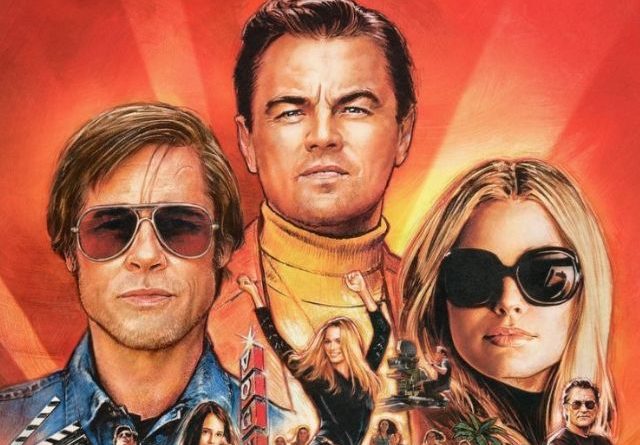 It has been four years since Quentin Tarantino’s western, The Hateful Eight and seven since he unleashed Django Unchained. Having famously started out his career as a video store clerk, his eclectic style has always been characterised by pop culture throwbacks and violence with a dark comedy edge. This makes Once Upon A Time In Hollywood (playing off Sergio Leone’s epic Once Upon a Time in the West title) one of his tamest films yet… if you ignore a couple of infrequent yet bloody and extremely violent sequences.

We follow the fictionalised career of a TV actor and his stuntman, who are trying to leave their mark on Hollywood. The character of Rick Dalton is loosely based on Steve McQueen, Burt Reynolds and a number of leading men who struggled to ignite their film careers during this time. Tarantino immerses us in the world of the late ’60s. Smoking, forgotten brands, lost music groups, hippie culture and spaghetti westerns, Once Upon a Time in Hollywood feels like a revenge-fueled yet nostalgic love letter to the dying embers of Hollywood’s Golden age. It’s a period in Hollywood and Spaghetti Western history that shaped Tarantino’s flamboyant style, which explains his preoccupation with detail in this strange concoction of crime, comedy and drama.

As the opening credits roll by with near-alien social norms sinking us into a 1969 frame-of-mind, you’ll notice a never-ending list of acting talent. Once Upon A Time In Hollywood has a stellar cast including: Leonardo DiCaprio, Brad Pitt, Margot Robbie, Al Pacino, Emile Hirsch, Dakota Fanning, Timothy Olyphant, Bruce Dern and Andie MacDowell’s up-and-coming starlet of a daughter, Margaret Qualley. Leaning on a story that weaves in and out of the lives of Rick Dalton and his stuntman buddy, Cliff Booth… Tarantino relies on his star-studded cast to elevate and compel this curious hotch-potch of characters and outlandish scenarios.

Fine co-lead performances from Pitt and DiCaprio keep the lid on this slow-boiling medley. DiCaprio is able to cleverly bypass the infamous post-Oscar performance in this long-awaited follow-up to The Revenant. Representing a character going through a slump, he’s able to diffuse the follow-up by giving in to the character’s bad acting moments as well as coaxing a strong overall performance through Dalton’s central flaw and range of unbridled emotion. Brad Pitt isn’t really known as an enforcer, but provides enough evidence to warrant this casting call in the future based on this suave, tough-as-nails performance as a war vet turned stuntman.

This tale of a troubled pretty boy and an unconventional tough guy have a number parallels with other classic buddy pairings, employing a similar character dynamic to The Nice Guys and Lethal Weapon, venturing into the terrain of True Detective, but without the gumshoe aspect to the storytelling. Equally adept as lead actors, their co-existence echoes the classic match up of Paul Newman and Robert Redford. While not enjoying the same natural chemistry or screen time to be fair, it’s a curious, fun and rare occasion to see them starring opposite one another.

At almost 3 hours, it’s quite a long affair but remains compelling thanks to Tarantino’s full immersion with many memorable scenes. The edit moves from quick bursts of background information to more involved scenes, pushing off comedy and retaining an air of suspense without bowing to cliché. Much like David Lynch’s world, it’s one of those movies that coasts on mood and atmosphere, allowing the setting and co-leads to add a sense of continuity by virtue of their recurrence. Tracking each of their personal quests, the journey is entertaining, enjoyable and unpredictable… managing to shake off any attempt by the audience to jump a step ahead.

For the most part, Tarantino operates with patience and great restraint in Once Upon a Time in Hollywood. Instead of indulging wild tangents or going full pastiche, he takes his time to coax this Hollywood fairy tale out. Injecting edgy moments and teasing his audience, he builds to the snap. While he sets the table for Sharon Tate and Roman Polanski, their involvement adds a haunting quality to the film based on the infamy of their final destinations. The ending may cause some frustration and the violence borders on Evil Dead ridiculous, but this epic comedy drama attempts and largely succeeds in encapsulating the joy, despair and paradox that is Hollywood. 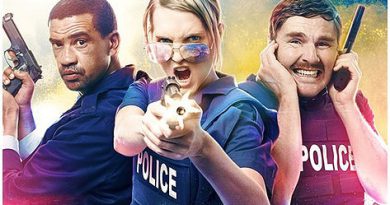